The agriculture sector across the U.S. can be described as anemic at best thanks to the muddled political world that anyone working in Ag is well versed in. China used to be the No. 1 buyer of commercially grown soybeans in the U.S.; however, that has changed during the last couple years with a tariff-riddled trade war occurring between the two countries.

But, that doesn’t mean there isn’t opportunity for effective marketing. Let’s dive into the current environment before taking a peek at how you can put digital, social media and video marketing to use to promote and feature your grain marketers.

Put simply, President Trump and his administration promised on the 2016 campaign trail to hold China accountable for their trade practices. Just last week the White House identified China as a “currency manipulator,” which has been argued by economic analysts on both sides of the coin. The reality is that China is not a direct currency manipulator, but they don’t play by the same rules because they have the demand pull on their side.

The U.S. had mastered the supply push of soybeans to China from both the Pacific Northwest and the Gulf of Mexico until the two countries started slapping tariffs on each other. At first, it sounded like just political rhetoric, but to Trump’s credit, he has dug in and continued to escalate tariffs on imports from China to maximize pressure on the communist country.

China has seen their economy slowdown from these tactics among the current administration, but China tends to strategize over the long-term outlook and is most likely waiting to see how the 2020 elections turn out before proceeding one way or the other.

U.S. steel mills were printing money due to the new barrier of entry of Chinese metal until March, when things took a turn for the worse. Exports are what suffer (e.g., soybeans). The only hope for life in the soybean market rests on poor growing conditions or the off chance that China comes back to the table and buys U.S. origin soybeans.

The bad news is the Midwest experienced a wet spring where acreage that usually gets planted with corn was oversaturated, and farmers ended up planting soybeans instead. Not to mention there will be an estimated 1.05 billion (yes, with a “b”) bushel surplus across the United States before soybean harvest starts this year in October.

All of the above supply/demand scenarios make it awfully hard to get bullish soybeans for the next couple years. The good news is the Trump administration has pledged and delivered monetary relief for rural farmers who elected him into office in the first place.

In other words, prices are bad, but the government is cutting a check so life can go on as usual for those making a living off of the land. I’m still not seeing shiny new combines being driven off the lot of the John Deere dealership or land being bought up by producers of every size. Today’s environment feels like 1,000-acre farmers are making it ok, but the 5,000-plus-acre farmers are expanding operations slowly. All signs point to another strong soybean crop again this year with timely summer rains keeping prices depressed.

It appears Agriculture will have to remain in wait-and-see mode and battle with the cards they’ve been dealt as they always have. Large commercial exporters like ADM, BUNGE, CARGILL and LDC are not profitable in the current environment as grain divisions keep weighing down the balance sheets.

The overall outlook is that the industry will continue to constrict despite massive corporate tax cuts being awarded to Ag companies; all that did was allocate money to a rainy-day fund for corporations. Those working in Agriculture will continue to be told to do more for the same amount of money, or find a new career.

The Mississippi River and railroads in the northern plains are ready to get back to business as usual, but the whole value chain appears paralyzed, wearing a lot of temporary Band-Aids. During the next five years, the two major threats to Agriculture will be global warming, creating extreme weather patterns for growing conditions, as well as trade relations with China. 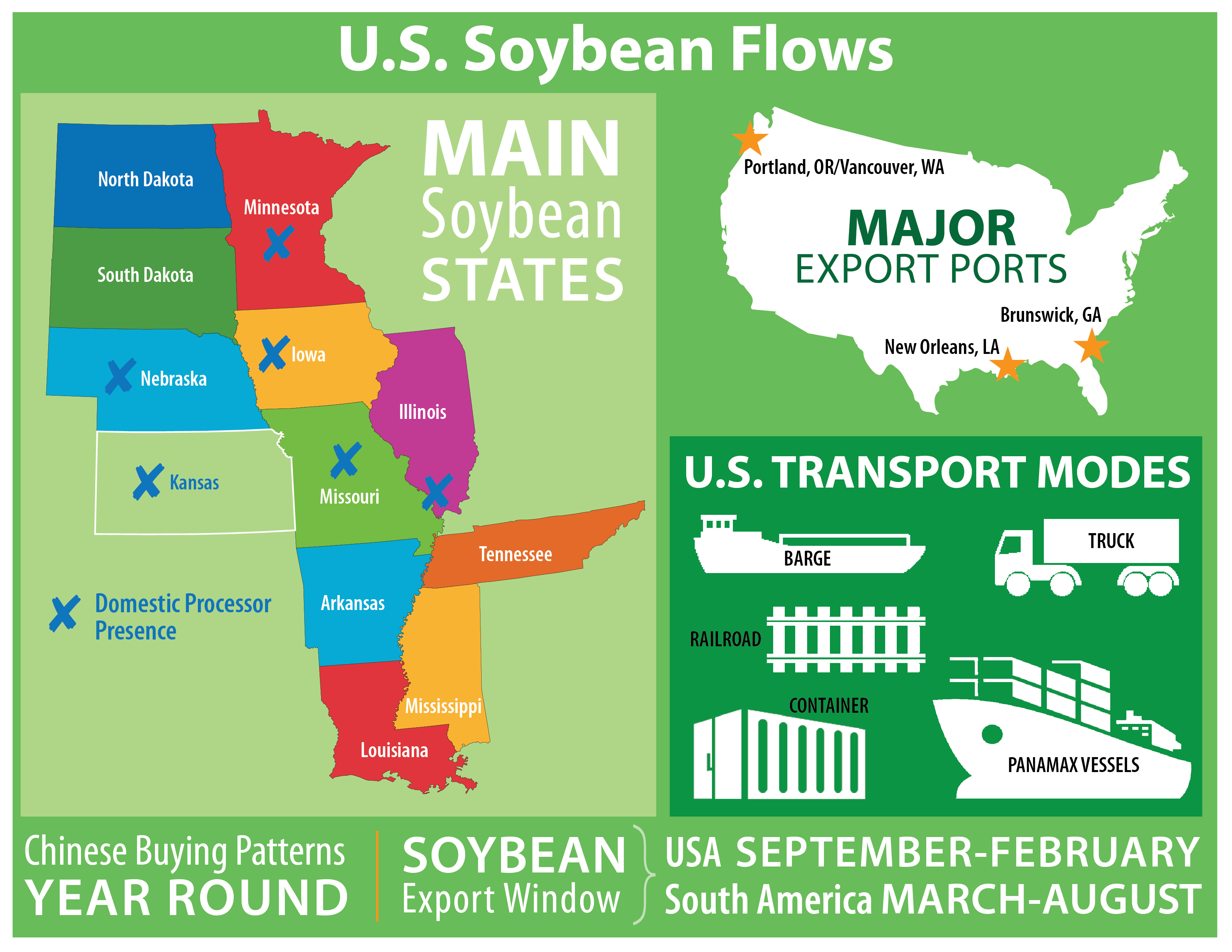 Yes, the market is volatile, and recent quarterly earning reports – among publicly traded companies at least – point to more consolidation in the industry. In other words, we should see more company mergers, organizational centralization and cost cutting among major players in the industry.

Keep in mind there is opportunity in that shift.

Farmers will continue to try and eliminate risk amidst the volatility. Grain companies are becoming more vocal with daily market recaps before and after daily trading sessions to establish credibility and provide advice for producers.

Eventually, farmers will sign up record amounts of production towards specialty marketing programs that establish floors and ceilings on yearly prices. Every grain company calls these marketing programs something different. Bunge called it the Alliance Advantage Program; Consolidated Grain and Barge called it their Equalizer family of products. They all take risk off the table.

And all of these major players have invested significant amounts of money training grain marketing specialists on the right marketing plan for each producer. Market factors, farm size, production risk and cash flow can steer a grain marketing specialist towards a specific type of marketing contract each year instead of simply holding town hall meetings every spring and summer across the Midwest to establish credibility.

In fact, the days of the vice president of your grain company spending two weeks holding town hall meetings discussing S&D’s from Fargo, ND, to Lettsworth, LA, are over. Ok, maybe you still have a handful of in-person potlucks with your top customers, but why not work smarter – not harder – by advertising your top marketing specialists?

In a very disciplined manner, you can coordinate a digital and social media marketing plan that drives farmers towards your company and experts. Setting up monthly spend budgets and targeting the right geographic areas stop costs from getting out of control and put less strain on your employees.

Let’s say you have a grain marketing specialist based out of West Memphis, AR, who covers northern Mississippi to Cape Girardeau, IL. Digital and social media marketing requires less in-person attention, and allows you to cover more ground for the same price as paying for monthly travel and entertainment.

If you still had money in the budget, you could supplement digital marketing and social media campaigns with a direct mail campaign that has the same look and feel, and drives the messaging home through multiple media.

You could also create a professional video of each grain marketing specialist that links to a landing page with a form fill to schedule an appointment to learn more.

Interested in learning more about how to put your marketing budget to the best use? Reach out today; we’d love to chat with you more to understand how we can help you do just that.

As always stay tuned until the next time we go Off the Radar.

Social Distancing: The Next Big Thing in Advertising

Like most small businesses in the US, Stealth is adjusting to

Puddle Jumping With Mindy: It’s the Happiest Time of the Year!

For me, it truly is the happiest time of the year!

6 Reasons Your Company Should Use Direct Mail

These days, a lot of emphasis is placed on leveraging digital