Owned, Earned & Paid Media: A Good Mix is a Must Back in the mid-1990s, very few companies had websites, let alone those that could be considered “decent.” Even though consumer-geared web browsers had hit the market three years prior, and IE 1.0 was approaching its first birthday, most CEOs were still wondering what the Internet was and if they really needed “to be on it.” 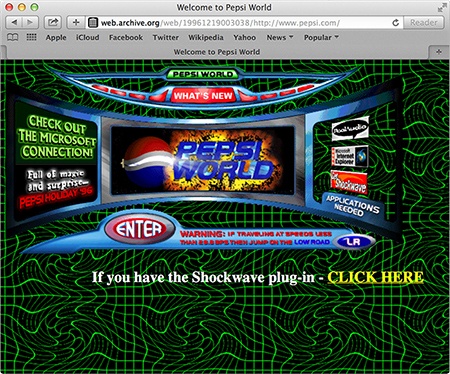 Those that took the plunge at the time had it easy: if they built it, users would come. Crawler-based search engines were still in their infancy and were easily gamed. (Remember Lycos, AltaVista or Northern Light?) Build a website, put the right words on it, and presto — a company would get more visitors than they could imagine.

How the times have changed. Today there are more than 644 million websites with more than 14 trillion webpages live on the Internet. SEO has become a multibillion dollar business of getting a company’s site at the top of the right person’s Google search results. And because that’s not enough, companies spent $42.8 billion in online advertising last year alone.

You may have heard of this new thing…

In fact, content marketing is a fairly new phrase for something very, very old – telling a good story your audience wants to hear. In this case, the audience is your customer, and you’re creating and sharing relevant media (blogs, videos, infographics…you know, content) to your customer.

While this concept is old, the digital application of content marketing is fairly new, and has been forced upon businesses by customers via The Almighty Google. What you have to remember is that your customer is a person, and when that person searches for something on Google, they want Google to show them real results that are relevant to them.

Those same people who are your customers are also Google’s customers, and Google wants to give them what they want.

And Google has gotten really, really good at doing this.

So good, in fact, that if companies want to compete for their customers’ business, they have to comply with the customer’s desires (and Google’s demands) by serving up relevant content in response to a customer’s search.

It’s the same old story, over and over again.

Rewind six or eight years, and it really was that simple: Create valuable content – the kind of content your customer is looking for – and Google would identify it as extremely relevant to the customer’s search, netting a top ranking in search results. Just like having a decent web presence in 1996 was enough to get you traffic, a relevant content library in 2006 went a long way in reaching your target audience through organic search.

The problem is, companies that genuinely cared about providing quality content for their potential customers, and exemplifying thought leadership, have been doing so since the mid-2000s. That’s why today, the web is flooded with competing content that’s already well established — including your vertical.

Owned, Earned, and Paid: these aren’t new concepts, either

In 1904, Jell-O salesmen went door to door, distributing their cookbook for free. Touting the dessert as a versatile food, the company says it saw their sales rise to more than $1 million by 1906.

Well, if you think you’re going to jump on the bandwagon by creating quality content and slapping it up on your website, you’re too late. This is the modern-day equivalent of the Jell-O salesmen leaving a stack of cookbooks on their front lawns with a sign that says “Free Cookbooks,” and sitting back to watch what happened next.

That (predictably fleeting) ship has sailed – you need to spark interest in your product through educational or enlightening information relevant to your customers’ interests. Like the Jell-O example above, the salesmen did more than pass out fliers advertising their product: They distributed a volume of information that people wanted to read and use: recipes. (Pinterest, anyone?) It just so happens that the piece featured their product as an ingredient.

To supplement the creation and distribution of their content, Jell-O embarked on a promotional print advertising campaign; and the content was in the form of a paper book that could easily be shared and loaned to friends, or acquired by customers. A few years later they signed Jack Benny as a spokesperson.

Even in the early 1900s, forward-thinking businesses like Jell-O were practicing successful content marketing, inclusive to all its forms of media. They Owned the creation and distribution of the content, Paid the advertisements and Earned the spokesperson.

It was all of those things working together that made the campaign a success.

Now let’s apply that model to a modern business…

We’ve been over what relevant content is: Create it or have it created. Depending on the topic – it can be a blog, podcast, video, ebook, whitepaper, infographic, case study, how-to guide, a Reddit AMA – you’ll find there are a lot of relevant content options you can create.

This is owned content. You created it, you own it, you distribute it through your available marketing channels – social media, websites, company newsletters – whatever is yours.

John’s Foundation Repair makes a great “How to repair a crack” video, optimizes it and uploads it to YouTube and embeds it on their website.

There’s the presentation of John’s owned content. Consumers could find it through organic search, and John can generate awareness through that channel. However, there are numerous competitors in that vertical, and the “big boys” have a ton of “established” content out there. John is not likely to beat them in a general, non-local organic ranking, so he needs to support his content with paid and earned media to get visibility.

Now that you’ve placed your cookbooks in the front yard, you have to let people know they’re there for the taking. Advertise.

This is paid content. You have plenty of options here: build a landing page for your content and invest some pay-per-click (PPC) budget in it. Place some display advertising. Spend some money promoting those Facebook and Twitter posts directing to that landing page. Sponsor content within an independent third party newsletter. You’re spending real money here, so do your research and spend it wisely.

John promotes his video through paid channels to get it seen. YouTube pre-roll, PPC ads to augment the organic key phrases and targeted display ads get more eyes on John’s video.

This is the one that seems nebulous and confuses a lot of folks. People tend to think of earned media as “likes” and “shares” on Facebook; while this is a component of earned media, the concept is very basic and high-level. The execution is much more complex.

Earned media is not just about people talking about your business – it’s about influencers talking about it. These influencers can be your trusted friends, newspaper articles, blogs/reviewers, industry publications, etc. It’s at this point where PR and social media need to work closely together, identifying the key influencers in your market, and persuading them to “speak” positively about your business/product. This is especially powerful because not only are you demonstrating thought leadership, you have your content validated by a relative authority.

John reaches out to Bob Vila, and Mr. Vila writes a blog on thisoldhouse.com that links to John’s video and says, “John really know his stuff; this video of his is spot-on!”

While that example is extreme, it demonstrates the potential power of earned media.

There are a ton of great resources out there to help you identify key influencers relevant to your audience and content, and proven effective methods of contacting and persuading those influencers to endorse your content.

What about your company? Which do you have the most trouble with: Owned, paid or earned? The Challenge Of Managing Time

Have you heard the expression, “The good things in life are I find it increasingly important to have a basic understanding of What The Movies Teach Us About Advertising

I love movies. As a self-styled “cinemaniac,” I tend to see